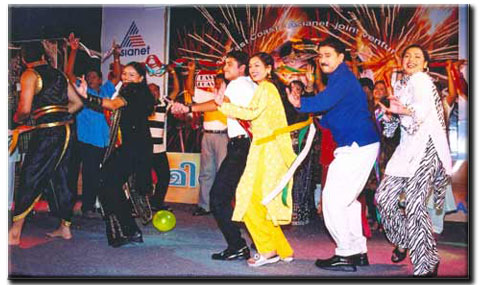 Directed by Vijayan. For the first time, models of East Coast music videos such as Radhika, Sarika, Remya, Savitha, Rajiv, Anoop etc. on Gulf Stages together with actor Sarath, singers Afzal & Nasnin, Cinemala Team, Ghazal singer Umbayee & team, Jumba Sisters & team. Most of the partcipants were performing on a Gulf Stage for the 1st time including Afzal who might have gone 200 times thereafter! But, the show was a very big success which attracted huge crowd in all the 17 venues where it was conducted throughout the Gulf, because of the beautiful presentation and wonderful performance. After the MOHANLAL SHOW -92, this was the show which everybody wanted to have one more round eventhough it could not!