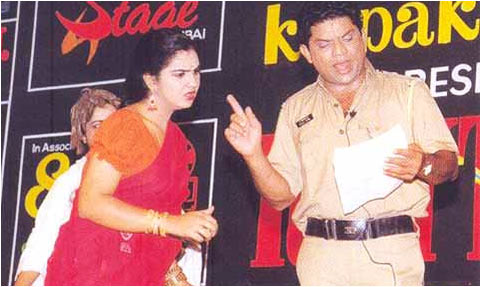 A stage show by Jagathy Sree Kumar, Urvasi and Kalpana. It was the second show conducted in the same year, evoked a genuine interest among the public. Jagathy came with a resplendent performance only to be held at tandem by a commendable postscript from the sister duo of Urvasi and Kalpana.